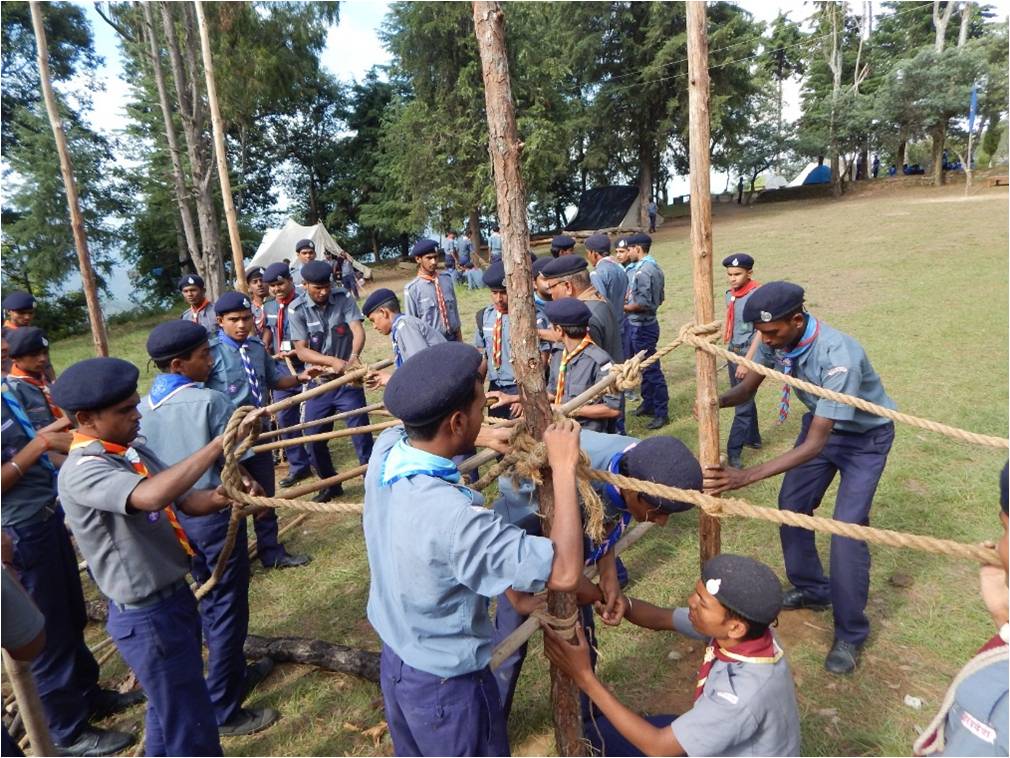 • Rover : There are three stages in the career of a Rover namely;
(a) Rover Aspirant
(b) Rover
(c) Rover -in-Service.

• A Rover Aspirant can be invested as a Rover only after completion of fifteen years of age and should have worked for three months for Pravesh Test.
• Rover Aspirant :
(a) He must have completed fifteen years of age.
(b)A Rover Aspirant who had been a Scout or who on admission as Rover Aspirant passes Pravesh Badge test as laid down for Scout shall wear uniform as a Rover.
• Pravesh Requirements :
1. Read and appreciate contents of "Scouting for Boys" and books on Rovering prescribed by the sponsor.
2. If a young man has never been a Scout and wishes to join the Crew afresh, he should qualify forPravesh requirements of Scout Section and work for at least three months as a Aspirant Rover before investiture and probation as decided by the crew after the completion of three months be decided by the Crew Council.
3. Be able to interpret the Promise and Law as per Rover point of view.
• Sea Rover:In addition to above Pravesh requirements a young man wanting to be a Sea Rover will:-
(1) Have knowledge of water safety rules.
(2) Know the DO's and DONT's in a boat.
(3) Have in general, knowledge of a canoe, a boat, a sail, an oars and an anchor.
(4) Learn signaling by Semaphore method.
(5) Know about at least three navigational stars visible in the area.
• GrameenRover :
(1) Have a general knowledge of Scout Movement.
(2) Complete all the Pravesh Requirements as prescribed for Rovers at (9)
• Note:
(1) On Completion of requirements to the satisfaction of the Rover Scout Leader a Rover aspirant shall be invested as a Rover on making or reaffirming the Scout Promise. He is then eligible to wear membership badge.
(2) Membership Badge shall be a cloth badge with red background and Fleur - de - lis in yellow superimposed by the Trefoil with Ashoka Chakra also in yellow, in the centre; it shall be worn in the centre of the pleat of the left pocket of shirt or at the same place on jersey.
(3) This membership badge is issued by the Local or District Association, as the case may be on the recommendation of the Rover Scout Leader.
(4) Rover Promise & Law are same as for Scout.